How To Grow Roses In Hot Summer/Mild Winter Climates

If you're like many people who live in climates with hot summers and mild winters, you may have given up on trying to grow roses in your home garden. Roses require a period of dormancy of at least four weeks to be at their best. Think of this as beauty sleep for roses — without it, they'll fail to thrive during the next growing season, becoming scraggly, thin, and eventually failing to produce flowers at all. However, strategies exist for those wishing to include roses in their garden landscape design even if climate conditions aren't ideal. The solution is to force the plants to go into dormancy beginning in late autumn and continuing into early spring. Here's what you need to know about keeping a rose garden thriving in parts of the country with mild winters.

Late-season fertilizers are designed to help prepare deciduous plants such as roses for slowing down prior to entering dormancy by promoting root health rather than the development of leaves and flowers. Apply this product once per week four times beginning around the first week in December.

Dormant oils are available in spray form and serve to protect roses from any insects and their larvae that may be overwintering as well as fungal spores that may be carrying potential pathogens. This product should be applied in early-to-mid January, and as part of the dormancy forcing process, apply a slightly larger amount than usual. This will lightly damage the remaining foliage enough so that it will die and be easy to remove in several weeks without causing damage to the canes.

Prune your roses back to three strong canes in late January or early February. You should also remove any leftover foliage at this time and apply a thick layer of organic mulch to protect the roots and help the soil retain water.

You should be able to resume your regular growing season fertilizing routine in early or mid-February. Depending on outdoor temperatures, your roses should break dormancy and begin to put forth shoots and leaf buds shortly after you begin fertilizing them You should see the first blooms around the middle of April. Be sure to keep your roses well-watered throughout the course of the summer, and give them an extra drink when temperatures are 90 degrees and above.

Contact a local landscaper to learn more about growing roses and other garden landscape design solutions. 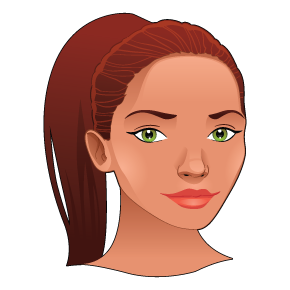 When my husband and I bought our house years ago, we thought it would be our "starter" home and we would move in a few years. We soon had two children, and we then decided against moving since we live in a great school district and we love our neighbors. However, I was growing very tired of the appearance of our home. We painted it a different color, and it still seemed like the "same old house" that we were tired of. We finally deciding that maybe good landscaping would "do the trick" and make our home more enjoyable to use again. We were right, and I now love our home! I now love spending time in our yard and just enjoying the scenery. I have such a passion for landscaping now I decided to create a blog about it. I plan to share many landscaping tips, so come back!